Dal Bo and Soubiran are coming from first generation of immigrant families, Dal Bo is Italian and Soubiran is French.

Using thermographic lens and film, these introspective portraits commemorate our late grandfathers we familiarly called Pépé and Nonno. The strategy to use the infrared technology brings attention to the invisible, the heritage and story of them relocating in a new country after the second world war, but it also attempts to capture the absence of missing loved ones. Each holding cherished heirloom objects, the artists channel the aura of both the possession and the deceased while being photographed. This simple gesture of holding is reflective and careful. It acts as a ceremony reminding us of the impossibility of holding on and letting go at once. 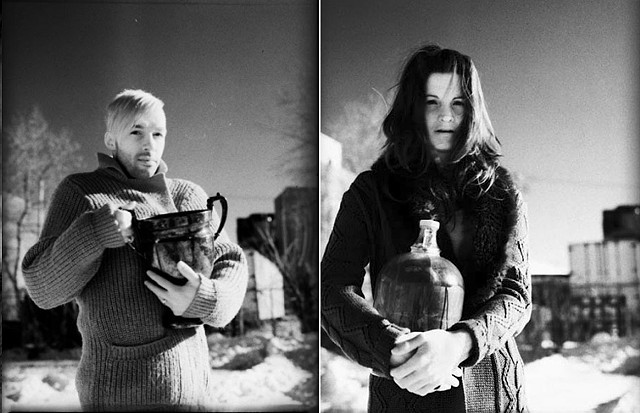